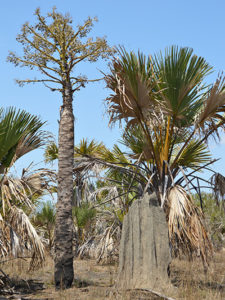 A gigantic trunk that grows up to 30m tall an enormous crown that spans approximately 8m across. This palm holds records for being the largest flowering structure and produces thousands of seeds. Its life of 30-60 years ends literally after fruiting. You will find the beautiful Torres Strait (Imperial) pigeon feasting on the ripe fruits. 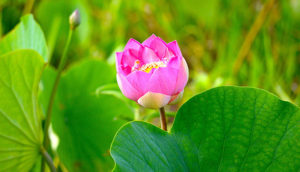 Lotus lily can be viewed at Red lily lagoon in Lakefield National Park. A spectacular lily with large pink flowers and yellow stamens are held high above the water, blush green leaves that can grow up to a metre in diameter. The flowers are short lived – opening at first light but drop their petals by midday. The fruits of this lily are encased in a conical woody container and are an important food for aboriginals. 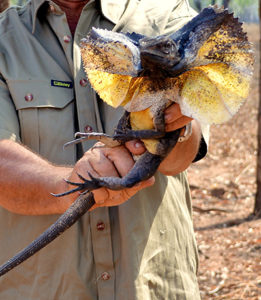 This lizard certainly does its best to look scary when it feels threatened, they open their yellow umbrella like frill to try and scare off predators. They are perfectly harmless but will bite if provoked. They are the reptile emblem of Australia and they used to feature on the 2 cent piece. You will spot them doing a speedy dash across the road in front of your vehicle in Cape York. 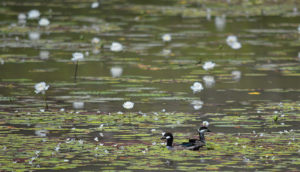 These tiny goose like – ducks inhabit freshwater lakes and lagoons.  You will find them at Horseshoe lagoon in Lakefield National Park. They will feed exclusively on aquatic vegetation, cruising in and around the lilies, whistling pleasantly. They have a green colouration on their wings which are striking and stand out among the other water birds on the lagoon. 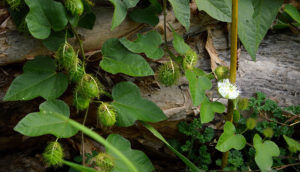 Similar in flavour to the domestic passionfruit . A scrambling white vine with tastling white flowers, the small green fruit is encased in a fragile net.  When the fruit ripens it turns yellow and the net eventually dries up and is great bush tucker. Can be found in open and tropical woodland.

The saltwater(estuarine) crocodile are large, well camouflaged and deadly. They can be found in fresh or saltwater. They will travel up to 100km or more to inland lagoons, swamps and tidal sections.